Over the course of my work as an artist the major portion has been dedicated to the utilisation of a square motif as a character or building block in a simple visual language.

Originating in 1976 with one small square, roughly sketched with a pencil, the language has undergone a gradual process of formation through more than four decades, seeing enlargement and contraction, a refinement of line and surface, and an increasingly enriched colour palette.

Various kinds of media have been employed during this time. For the most part this has involved oil pastels, acrylic paints, and in more recent years the digital environment, where, for the time being the motif has found a natural sense of place.

Page One displays a selection of paintings with acrylics, from a series that spanned 22 years (1986-2008). Page Two shows some of the most recent digital images, most of which have their roots in earlier works with oil pastels (1976-1985) or in paintings from the acrylic series.

In the context of my artistic output as a whole the series of paintings and prints with the square motif is continuous with an earlier period of making sculpture and other work with oil pastels. The Archive displays a brief survey. I have also included some images from a series of works with gradients of colours (2007-2009) 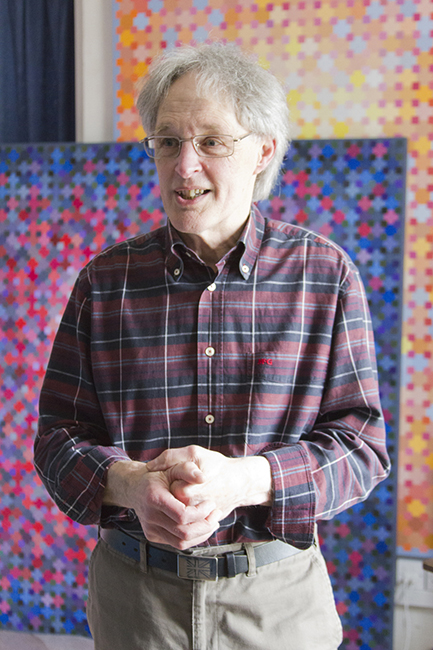